BOISE, Idaho – The final round of the 2018 AMA EnduroCross Championship took place on Saturday in Boise, Idaho and FMF KTM Factory Racing’s Cody Webb battled to his third Super EnduroCross victory of the year with a commanding performance at the season finale.

Webb fought hard all season to defend his 2017 Super EnduroCross title and the fate of the 2018 championship came down to Saturday night’s finale. Sitting six points back from winner Colton Haaker coming into the weekend, Webb had nothing to lose but everything to gain as he lined up with great determination to go out on top. 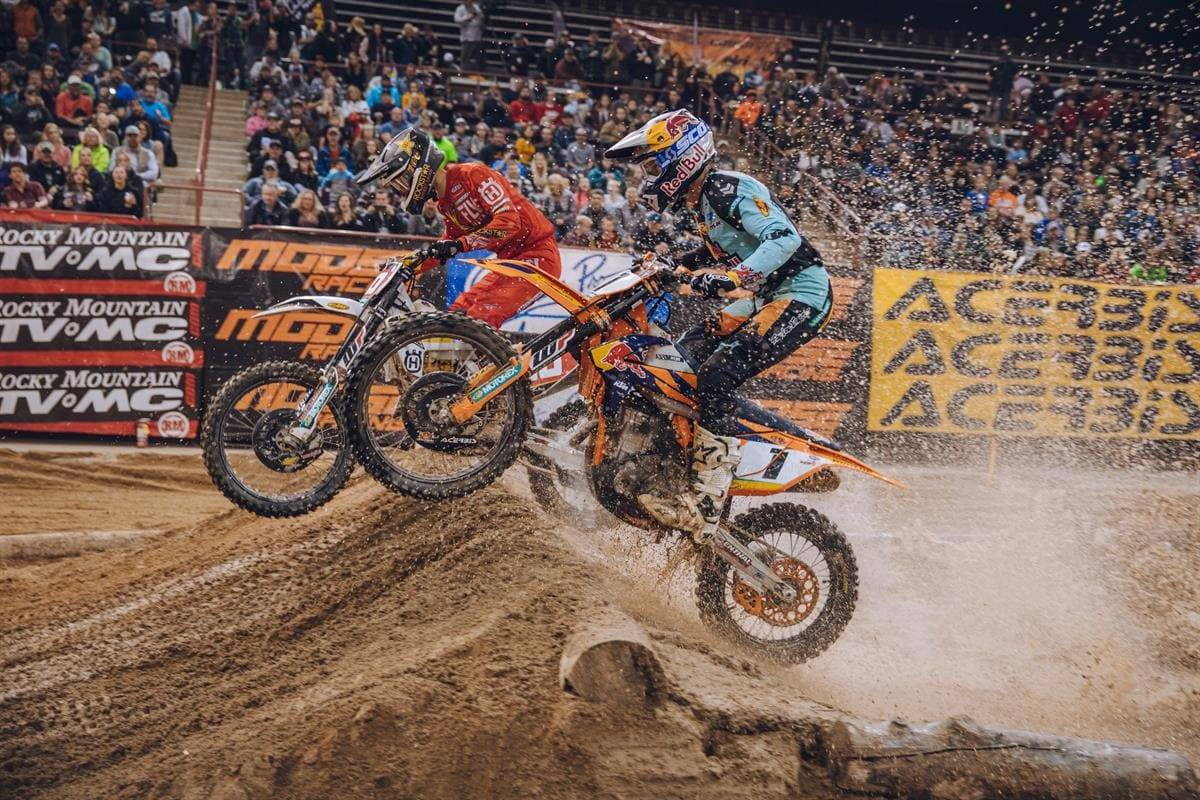 Webb got off to a favorable start on Saturday as he quickly conquered a very technical and challenging Boise course throughout the day’s practice sessions. In true form, the three-time Super EnduroCross Champion became the only rider to successfully double the ‘single-single balance beam’ section, as well as blitz through the elevated rock garden so fast that he was able to jump off the rocks and over the log at the end. He also became the only rider to double into the ‘no-joke’ lane, which was a feat all in itself.

On the hot lap, Webb narrowly missed pole position after making a small mistake in the ‘no-joke’ lane. From there, he went on to win his heat race convincingly after leading from start to finish in the six-lap bout. 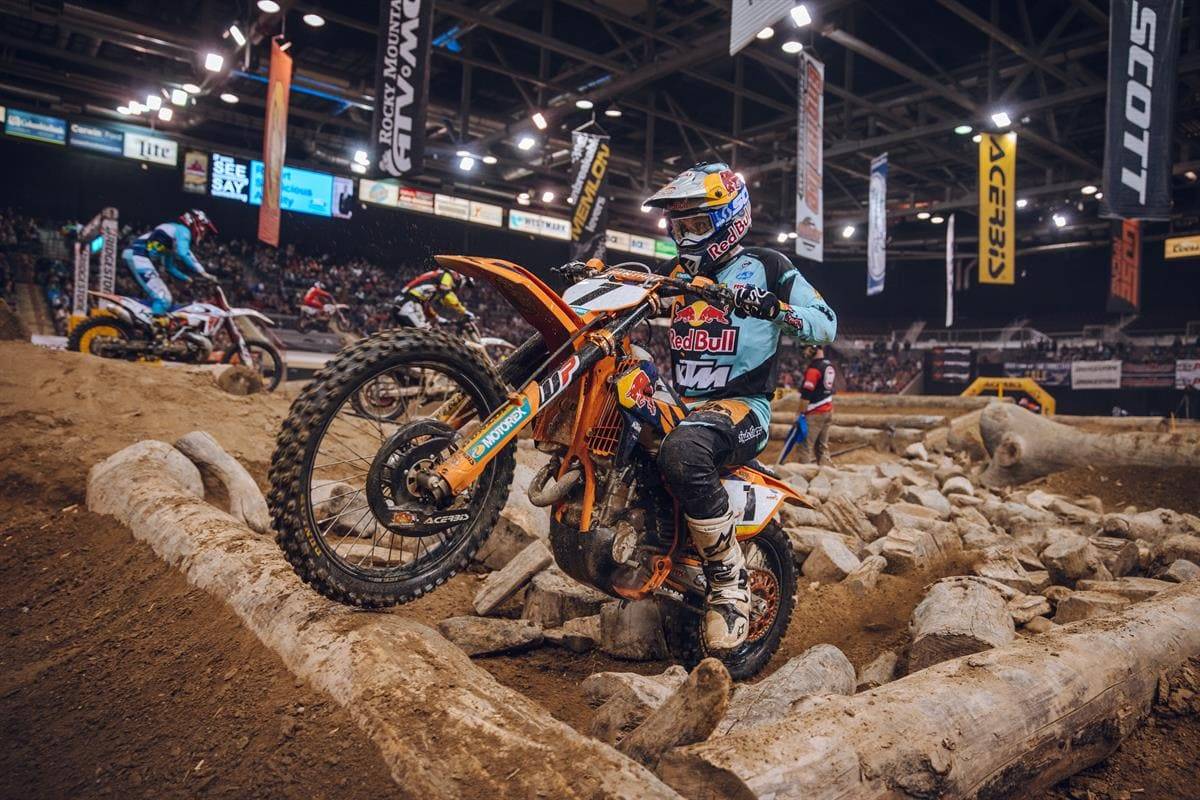 In bracket racing, Webb once again faced Colton Haaker in the head-to-head finale. Webb took the holeshot and battled closely with Haaker for the next few turns, holding a slight advantage heading into the final moments. However, Webb’s front-end washed out on a slick log and Haaker capitalized, stealing away a valuable bonus-point toward the overall championship.

In the Main Event, Webb got off to a fourth-place start but he quickly powered his KTM 350 EXC up to second by the end of lap one. Three laps in, Webb made the pass on Haaker to take over the lead and he never looked back, inching away each and every lap to ultimately win by 20 seconds. 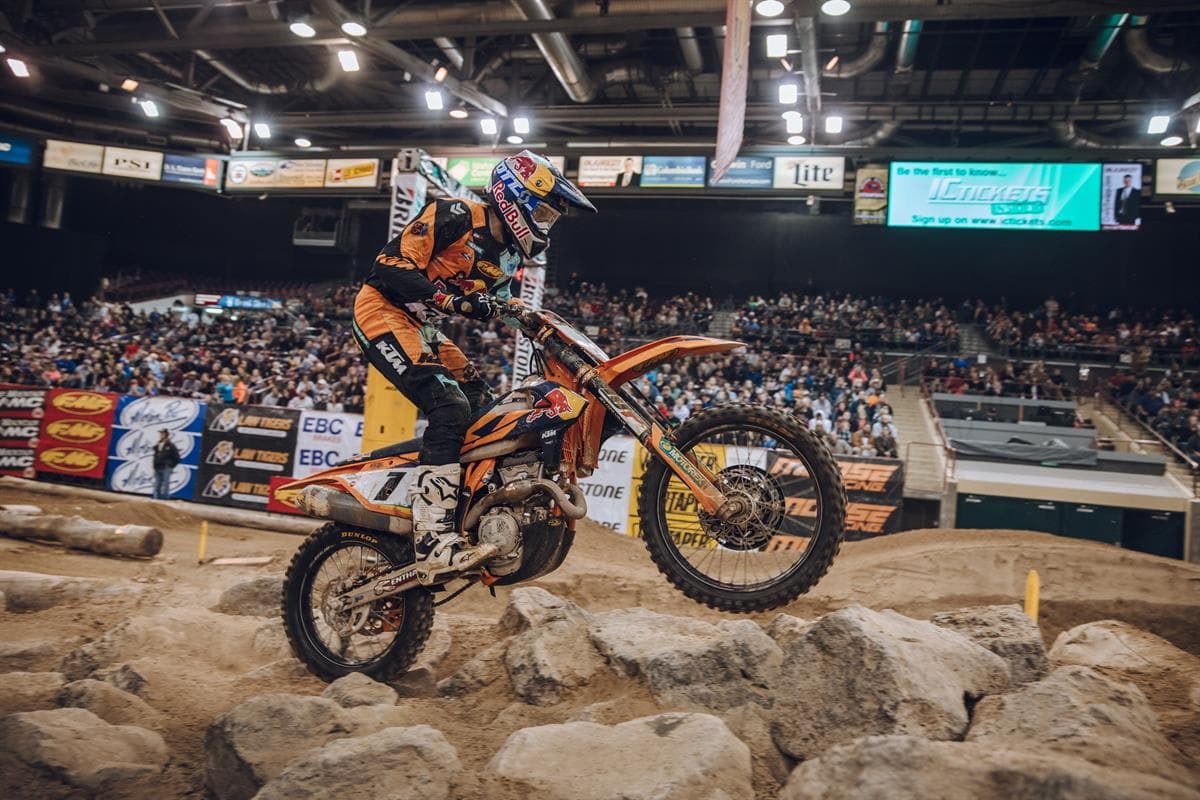 Webb: “It was a great way to finish off the year with a win. I never made one change to the bike all season after we got the initial setup dialed, so I’m really happy with the performance of the whole team and I’m already excited about 2019.”

Next, Webb is set to defend his 2018 FIM SuperEnduro World Championship with the commencement of the 2019 global series on December 8, 2018 in Krakow, Poland.

Super EnduroCross Championship Standings (After Round 6 of 6)